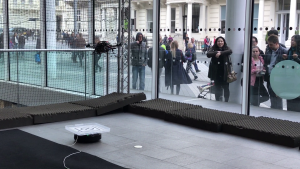 We run OKVIS [1] on our multicopter drones as a basis for fully autonomous operation. We are exploring several model-predictive controllers and are working on model-based motion planning for save navigation through free space that is reconstructed by our dense SLAM algorithms.

2017 in Abu Dhabi together with members from Imperial’s Aerial Robotics Lab. We were admitted to the finals with some of the most well-known robotics groups from all over the world (see more here). We also regularly demonstrate our drone-related research at the Imperial Festival (see top image on the right). 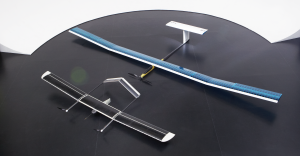 The described multi-sensor estimators with and without computer vision involved have been deployed on UAS. Both long-endurance solar aeroplanes as well as multicopter platforms were used to this end.