We participated in the Mohamed Bin Zayed International Robotics Challenge (MBZIRC) 2017 in Abu Dhabi — together with some of the most well-known robotics groups from all over the world, we were admitted to the finals. Together with members from Imperial’s Aerial Robotics Lab, we entered the Challenge 1, consisting of trying to land our drone on a (fast) moving target/vehicle fully autonomously. Despite very windy conditions, our drone flew very well (visual-inertial only). No luck landing on the vehicle this time, but great job everyone nevertheless! Here are some impressions: 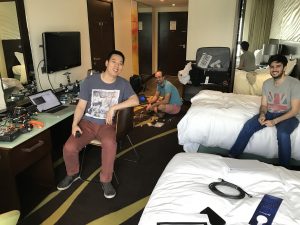 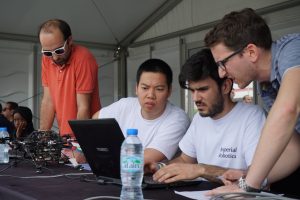 In the flight arena: final preparations 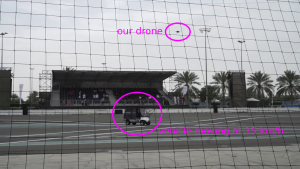 Flying in the challenge… 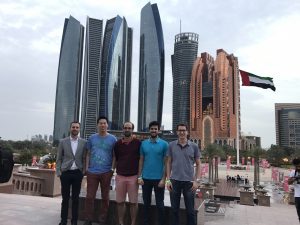 The team: Mirko, Wenbin, Maxime, Dimos and Stefan (Ketao missing in the picture)