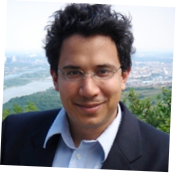 Dr A. Aldo Faisal
Dr Aldo Faisal is the Director of the Behaviour Analytics Lab at the Data Science Institute (London) and Associate Professor (UK: Reader) for Neurotechnology at the Dept. of Bioengineering and Dept. of Computing at Imperial College London. He is an Associate Group Head at the MRC London Institute of Medical Sciences and a honorary senior fellow of the FMRIB Center at Oxford University. He obtained his PhD in Neuroscience from the Unviersity of Cambridge in 2006. After being elected Junior Research Fellow at Cambridge (Dept. of Engineering) he moved on to establish his laboratory at Imperial College London in 2009. Dr Faisal’s lab combines cross-disciplinary computational and experimental approaches to investigate how the brain learns and controls goal-directed movements and how to restore them in disease. Dr Faisal has published more than 100 research papers and patents in science and engineering, Scientific American voted his research on gaze-based control as the 1st of 10 most transformative ideas of 2015. Aldo serves as an Associate editor for Nature Scientific Data and PLOS Computational Biology, and has acted as conference chair, area chair, program chair, organising commitee in key conferences in the field (e.g. KDD, NIPS, IEEE BSN, NEUROTECHNIX), in 2016 he was elected into the Global Futures Council of the World Economic Forum. 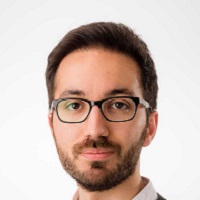 Dr Ali Shafti
Ali is a Postdoctoral Fellow jointly at the Dept. of Computing and the Dept. of Bioengineering. His research involves human-robot interaction with focus on human-in-the-loop approaches. As part of this, he is in active collaboration with neurothech and machine learning researchers within the group, to achieve a better understanding of human cognition, behaviour and intention; using this to drive human-robot interaction methods. He is also part of the EU H2020 project eNHANCE. 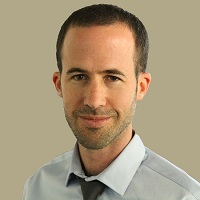 Dr Shlomi Haar
Shlomi is a Postdoctoral Fellow at the Department of Bioengineering. His main research interest is understanding the neural mechanism used by our brain to control our body movement and how we learn new motor skills. He studies the behavioural and neural process of motor skill learning that makes some of us better learners in health and disease, aiming to enable new approaches to personalized neurorehabilitation. 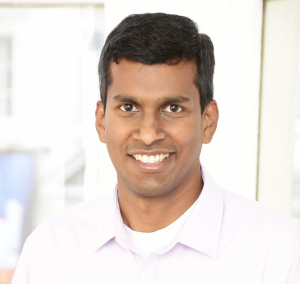 Dr Balasundaram Kadirvelu
Bala is a postdoctoral research associate jointly at the Dept. of Computing and the Dept. of Bioengineering. He is working on a clinical study to develop novel biomarkers for Duchenne Muscular Dystrophy (http://www.imperial.ac.uk/news/184530/ai-trial-help-accelerate-future-treatments/). His current research focuses on digital healthcare for neurodegenerative diseases from full-body motion analysis using wearables in daily life and using machine learning to analyse the data to develop novel digital biomarkers. He obtained his PhD in Computational Neuroscience from the University of Reading in 2018. Prior to his academic career, he worked in the software industry for 10 years.
https://orcid.org/0000-0001-9791-3006 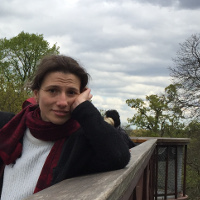 Diana Bicazan (with Giorgio Gilestro)
Diana is a Phd student in the Department of Bioengineering and in the Department of Life Science, under a BBSRC sponsorship. Her research tackles the links between sleep and decision making, using Drosophila Melanogaster as an animal model. 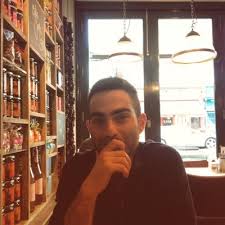 Charlambos “Harris” Konnaris
Harris is a PhD student at the Department of Bioengineering. His main research interests include motor neuroscience with the focus on the embodied robotic hand control. 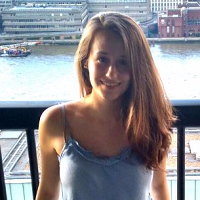 Patricia Gallego (with Richard Reynolds & Kambiz Alavian)
Patricia is a PhD student from the centre for doctoral training in Neurotechnology. Her main research interest is in neuroinflammation in Multiple Sclerosis. She combines computer modelling, human brain tissue studies and electrical recording from brain slices to investigate how the electrical properties of damaged nerve fibres in MS could be changed to compensate for this damage and reverse the neurological deficit. 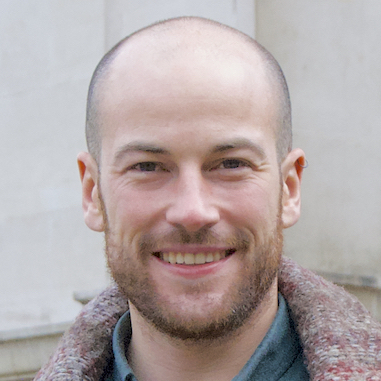 Pablo Ortega
Pablo is interested in machine learning algorithms that improve brain function monitoring using non-invasive and portable devices as EEG and fNIRS. He works on the application of Bayesian filters to monitor cortical activation during complex and naturalistic motor learning tasks. Pablo is PhD student in the High Performance Embedded and Distributed Systems centre for doctoral training under the EPSRC scheme. 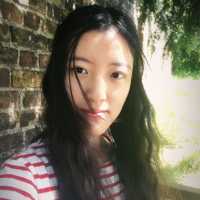 Yufei Wu
Yufei is a PhD student/research assistant at the Department of Computing. Her research interests focus on the intersection between machine learning and neuroscience. She studies sensorimotor learning and control in different aspects from analysing neural recordings to building computational models of the sensory, motor and cognitive systems in the brain. 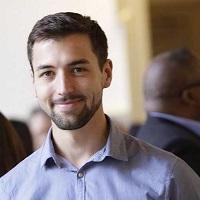 Dr Matthieu Komorowski
Matthieu is a PhD student in Medicine and Bioengineering at Imperial College London, a visiting scholar at the Massachusetts Institute of Technology and a practicing clinician, holding full board certification in anesthesiology and critical care. In his PhD research, he applies machine learning techniques to build the next generation of decision support systems for critical care with a specific focus on severe infections. 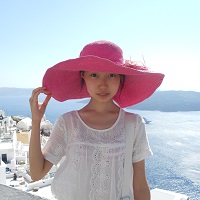 Luchen Li
Luchen is a PhD student at the Department of Computing. Her research subjects include applying machine learning to clinical data for boosting medication practices. During her summer internship in IBM, she was involved in the development of the firm’s new APIs for cloud platform Bluemix. As a master student at Carnegie Mellon University, she researched on neural signal processing and various medical devices and imaging methods. 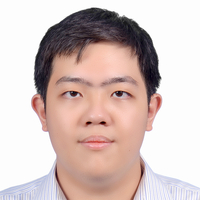 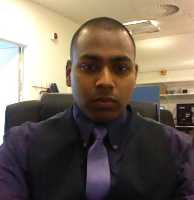 Mahendran Subramanian
Mahendran works as a Research Engineer at the Dept. of Bioengineering. EPSRC-UK funded PhD student at the Dept. of Computing, with more than 7 years of industry experience in bioengineering R&D. Prolific inventor with many publications and patent applications resulting from international collaboration. Founded Faraday-Fleming Lab (start-up), provides Bioengineering consultancy and services. Currently working on 3D eye gaze based wheel chair control and other device designs. 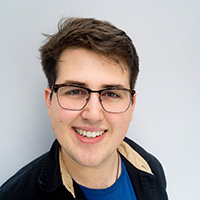 Alex Harston
Alex is a first-year PhD student in the Brain and Behaviour Lab. Following his Neuroscience degree he worked as a researcher in a motor cortex lab at the University of Edinburgh, developing touchscreen and camera tracking solutions to study mouse forelimb kinematics. His research at Imperial focuses on brain-computer interfaces, machine learning, and applying neuromimetic principles to human robotics. 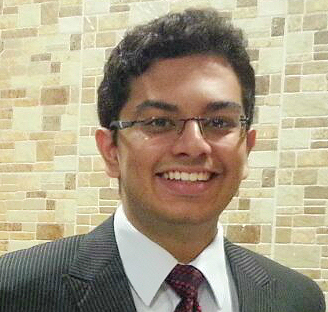 Mohammed Khwaja
Mohammed is a joint PhD student at the Department of Bioengineering at Imperial College London and the Health division of Telefonica Alpha. His PhD research is funded by the Marie Curie Fellowship; and investigates human behaviour with computational cognition, at the intersection of data science, psychology and HCI, to develop personalised mental wellbeing interventions. Previously, he obtained an MSc from the Department of Electrical and Electronic Engineering at Imperial College. 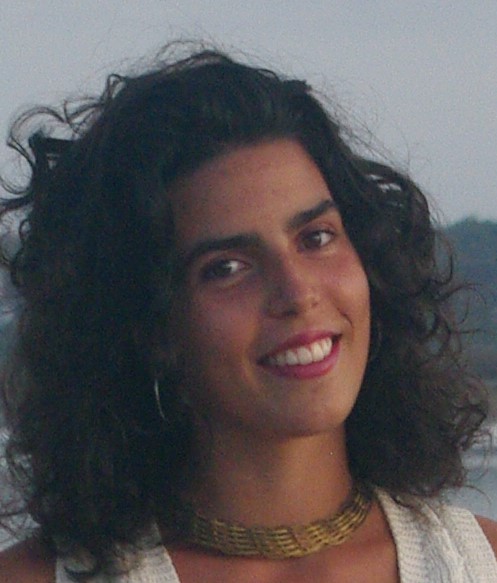 Ines Rito Lima
Inês is a MSc student at the Brain & Behaviour Lab, enrolled under an Erasmus Programme. Her background is in Biomedical Engineering, Medical Electronics Engineering branch, from the University of Minho, Portugal. 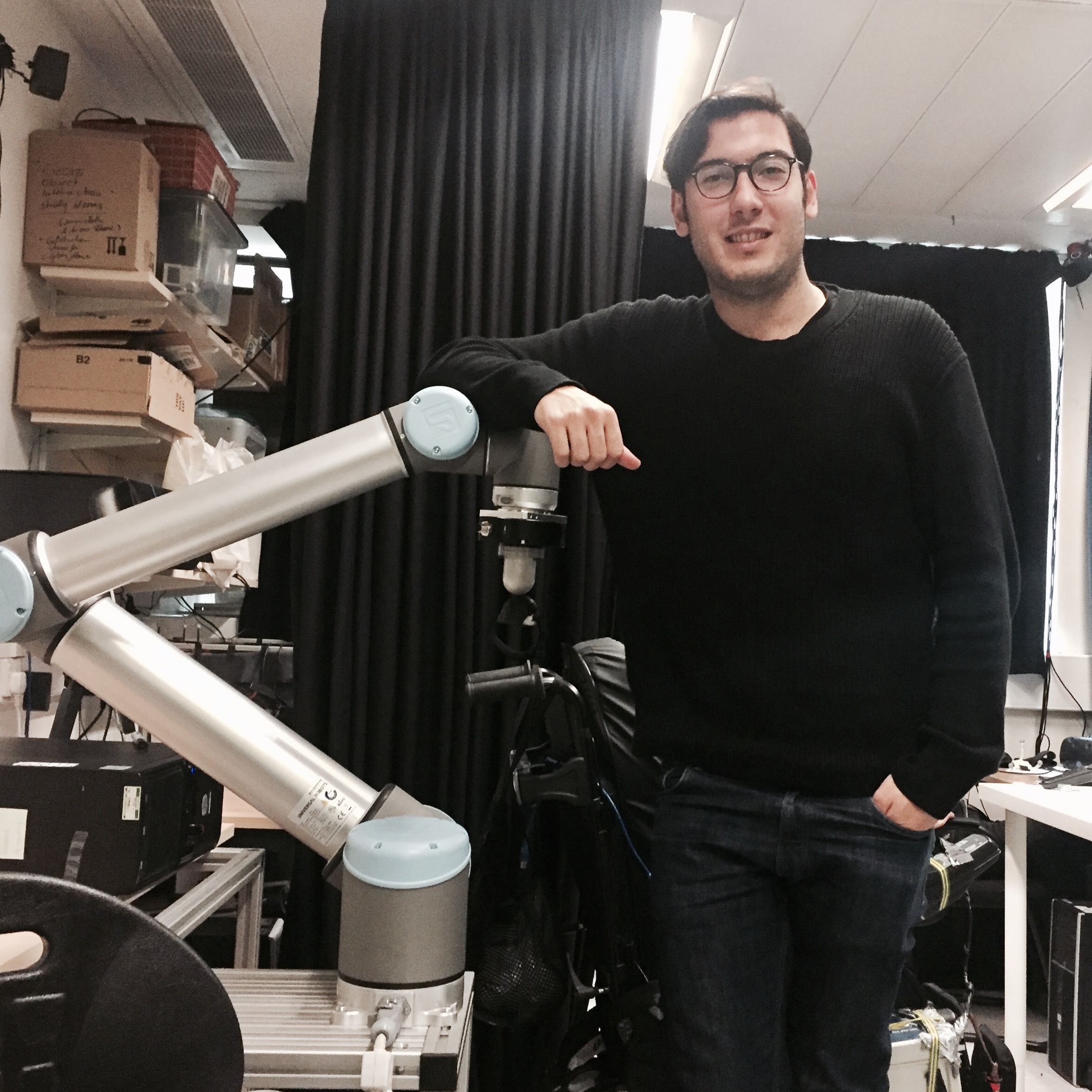 Noyan Songur
Noyan has recently completed his M.Sc. degree in Human Robotics at Bioengineering Department at Imperial College London. In continuation of his master’s research, he currently focuses on development of gaze-based human-machine interfaces for assistive and robotic systems. Following his undergraduate degree in biomedical engineering at Columbia University in New York, he also worked for healthcare consultancy companies as a business analyst and medical device companies as part of the product development teams.