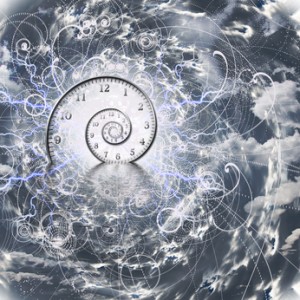 Traditionally the performance of a computer system has somewhat been treated as black box; whereby computer system optimisation aimed to improve the speed or utilisaion of computational components (hard, soft and firmware)  and only regarded the outside world in terms of the nature computer’s digital inputs or in terms of how the output is used.

As the notions of performance grow to include more physical aspects, such as energy usage and heat, combined with the deeper embedding of digital systems in the physical world, understanding these physical systems and their influence on the digital system becomes more important.

We want to take this further. Our aim is to not only understand this influence of the physical system but to use this to make that system perform better and adapt to this changing environment over time.

Take the following simple example. I want to sense temperature in my field. I use a solar powered WSN node with a storage battery. As the temperature changes the amount of power I have available to my node changes which in term affects the accuracy of my temperature sensor. It also has slightly longer term affects on the efficiency of my battery, which could mean my node dies at night. Knowing how these physical systems affect my WSN node allows me to carry-out better energy budgeting and therefore digital systems performance optimisation to make my system perform reliably.

We have looked at such systems and other systems, e.g. exploiting how radio behaves in soil to build more cleaver network protocols, how humans can be incentified using markets to maximise the performance of opportunistic networks for delay tolerant applications etc.

The work that come under the Cyber-Physical Systems theme are to be found in the following projects, also more directly found in the related publications:

Next project: Computing at the Motley Edge »