I work on architectures, algorithms, protocols and tools that allow computer systems to self-adapt to their environment and self-organise to improve their performance, quality or ability to scale and survive. Self-generating Space Sensing Systems are lab and flight projects to which we are applying these concepts, particularly in the context of resource constrained ChipSat, Thin-Film and CubeSat scale printed spacecraft and spacecraft printers for astronomy, planetary and space science 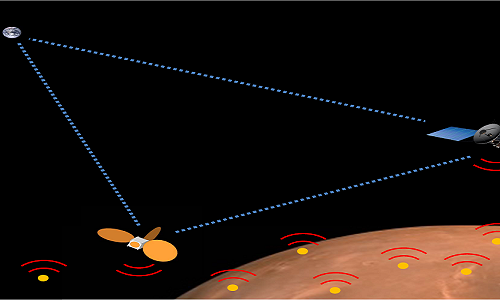 An exciting new class of flight hardware has emerged allowing very low cost science, educational and commercial activities with large redundant arrays of inexpensive and disposable (RAID) thin-film, printed circuit board and CubeSat spacecraft. Relying on efficient energy harvesting, these systems are very resource constrained, and require self optimizing algorithms to optimally manage low power peer-to-peer communications and to maximize the amount of data captured and reliably returned by sensors hosted by these spacecraft swarms.

1g weather stations for earth and beyond 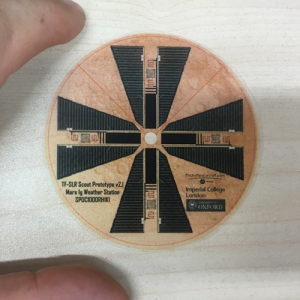 I am developing a one gram thin-film weather station suitable for collecting precision temperature, pressure and humidity data on earth, Mars and other bodies. An orbiting CubeSat locates the weather stations and forwards this information along with their beaconed meteorological data to a data warehouse on earth.

These devices support continuous hourly collection of scientific data with the ability to increase their measurement cadence to once per second or faster when attempting to characterise dust devils and near-surface turbulence. The microlanders with their minimal instrument set (including pressure, temperature and humidity sensors) are designed to be distributed spatially as widely as possible on the body of interest with data returned to earth via existing CCSDS compatible infrastructure. 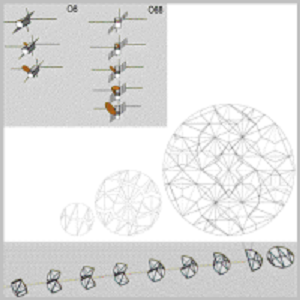 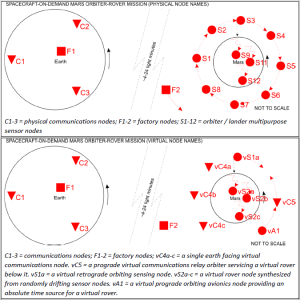 How can we optimise a network of manufacturing and sensor devices to collect scientifically relevant data at scales spanning hundreds of millions of kilometers and tens of years?
Spacecraft-on-Demand are very widely dispersed unreliable wireless sensor nodes with instantaneous mortality that can optimise the network of devices including informing the manufacturing devices that there is a need for replacement or augmentation. Optimisation strategies address hardware manufacture (including location and dispatch), and also their software, communications strategy and spatiotemporal configuration, during the data collection process, adapting to a changing list of prioritised targets. Spacecraft-on-Demand looks at the self-adaptive scheduling aspects of configuring virtual nodes as well as implementing physical hardware permitting in-situ manufacturing of devices using a combination of preconfigured materials cartridges and resources harvested in-situ.

I believe that space exploration is a civilian activity that should be open to all and place our flight projects in the public domain.
AESE at Imperial is a Radio Society of Great Britain examination centre and is happy to run radio license exams for satellite projects as well as sharing our ground stations and other infrastructure in support of educational and scientific space missions. As well as releasing flight hardware schematics, printed circuit boards, firmware and software, mechanical, design documentation and bill of materials files, we are happy to share our documentation and experiences obtaining export, spacecraft, telecommunications and the other licenses and paperwork required to get flight projects from lab to launchpad to orbit.